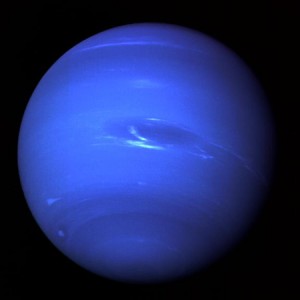 The planet Neptune is also known as the eighth planet from the sun.

How was Neptune named?
Neptune was named after a the god of the sea from Roman mythology. Other names that were considered for the planet included Le Verrier’s planet, Janus, Oceanus, and the planet exterior to Uranus.

Does Neptune have any moons?
yes! Neptune has 13 moons that have been discovered. They are:
Triton – Discovered in 1846 and is Neptune’s largest moon. One oddity about this moon is that it is the only large moon that orbits the opposite direction from the planet!
Proteus – the planet’s second largest moon