Scientists believe that they have potentially discovered a number of possibilities of planets closeby that have the potential to harbor the kind of life as humans know it.

The planets that astronomers are focusing their attention on surround the star Tau Ceti which is only 12 light years from Earth and is similar in size to Earth’s sun (although slights smaller). In particular, the attention is on five planets which orbit the star. The planets in question are a bit bigger than earth (two to six times bigger in fact), and their orbits range from 14 to 630 days. But scientists are optimistic, and describe these particular planets as being in the “goldilocks zone” or “habitable zone” in that all conditions for life as we know it are very close to right. For example, the planet’s climates are temperate enough and conducive to harboring water.

Although Tau Ceti is the newest and hottest of the stars that astronomers believe might harbor life, the idea is not a new one – in 1960, Frank Drake, a radio astronomer who ran SETI (search for extraterrestrial intelligence) – believed that Tau Ceti had all the right ingredients to harbor life.

Was he right? Astronomers are alive with hope.

The solar system that Earth is in is comprised of nine planets.

Click on a planet image to learn more about that planet! 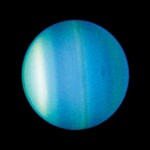 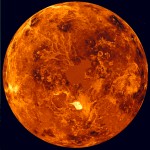 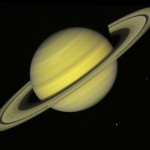 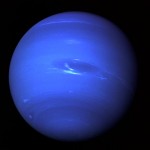 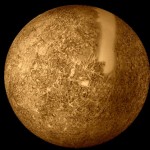 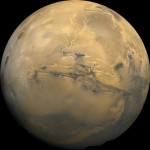 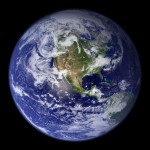 A new alien planet has been discovered and the unusual thing about it is that it is black – blackest black.  The planet is called TrES-2b and it is located 750 light years away around the star GSC 03549-02811.   The unusual thing about this alien planet is it’s color.  Scientists are dumbfounded about why it is so unusually black – they’re saying it is darket than the blackest coal!  It is also now considered the darkest planet that we know about!

One theory on why it is so black is that it has light absorbing chemicals in the atmosphere, perhaps from a chemical that is not yet known to us on planet earth.

So what would it be like to be a life form on a planet this dark?  Would any alien life that exists there have had to adapt – would they have special infrared or radar vision?  Would they be hurt by light if it were to penetrate the atmosphere and touch their skins?   Another interesting question is what would happen to humans if they ended up on an alien planet without any light?  Would humans be able to survive in a light deprived environment?

Perhaps planet TrES-2b can be the doorway to us exploring what we think about alien life – and human life, and what each is able to adapt to.  You can read more about this newly discovered alien planet by doing a web search for “coal-black alien planet”.